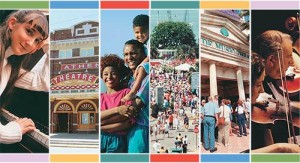 Florida has a very strong draw for tourists everywhere. Florida is one of those unique states that has something for everyone, which is why its tourism industry is very strong. There are natural wonders and man-made glamours, beaches and world class restaurants, lush greenery and opulent displays of money, as well as oddities of nature and luxury spa facilities. People live permanently in Florida, but even more vacation there, which has earned the state a reputation for being somewhat lawless. When wealthy people go somewhere to have a good time, law enforcement looks the other way sometimes in order to keep the tourism revenue coming in. Despite these claims, Florida is one of the most desirable vacation destinations in the United States, with several tourist attractions standing out as its most reputable landmarks.